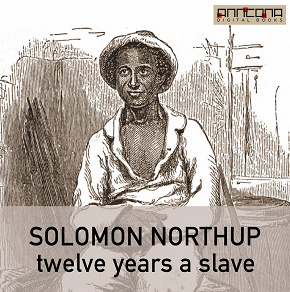 Twelve Years a Slave (1853) sub-title: Narrative of Solomon Northup, citizen of New-York, kidnapped in Washington city in 1841, and rescued in 1853, from a cotton plantation near the Red River in Louisiana, is a memoir by Solomon Northup as told to and edited by David Wilson. It is a slave narrative of a black man who was born free in New York state but kidnapped in Washington, D.C., sold into slavery, and kept in bondage for 12 years in Louisiana.

Solomon Northup (1808-1863) was a free-born African American from New York, the son of a freed slave. A farmer and violinist, he owned a property in Hebron. In 1841 he was kidnapped by slave-traders, having been enticed with a job offer as a violinist. When he accompanied his supposed employers to Washington, DC, they drugged him and sold him as a slave. He was shipped to New Orleans where he was sold to a plantation owner in Louisiana. He was held in the Red River region of Louisiana by several different owners for 12 years, during which time his friends and family had no word of him. He made repeated attempts to escape and get messages out of the plantation. Eventually he got news to his family, who contacted friends and enlisted the Governor of New York, Washington Hunt, to his cause. He regained his freedom in January 1853 and returned to his family in New York.

Northup sued the slave traders in Washington, DC, but lost in the local court. District of Columbia law prohibited him as a black man from testifying against whites and, without his testimony, he was unable to sue for civil damages. Later, in New York State, the two men were charged with kidnapping but two years later the charges were dropped.

In his first year of freedom Northup published an account of his experiences in the memoir Twelve Years a Slave (1853). Northup also gave dozens of lectures throughout the Northeast about his experiences in order to support the abolitionist cause.