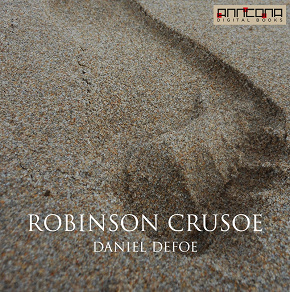 by Daniel Defoe
Robinson Crusoe is a novel by Daniel Defoe, first published 1719. This first edition credited the work's fictional protagonist Robinson Crusoe as its author, leading many readers to believe he was a real person and the book a travelogue of true incidents.

The book is a fictional autobiography of the title character (whose birth name is Robinson Kreutznaer),  a castaway who spends years on a remote tropical island near Trinidad, encountering cannibals, captives, and mutineers before being rescued.

Despite its simple narrative style, Robinson Crusoe was well received in the literary world and is often credited as marking the beginning of realistic fiction as a literary genre. Before the end of 1719 the book had already run through four editions, and it has gone on to become one of the most widely published books in history, spawning numerous sequels and adaptations for stage, film, and television.

The book was published on 25 April 1719. Before the end of the year, this first volume had run through four editions.

By the end of the 19th century, no book in the history of Western literature had more editions, spin-offs and translations (even into languages such as Inuktitut, Coptic and Maltese) than Robinson Crusoe, with more than 700 such alternative versions, including children's versions with mainly pictures and no text.

Robinson Crusoe marked the beginning of realistic fiction as a literary genre. Its success led to many imitators, and castaway novels became quite popular in Europe in the 18th and early 19th centuries.

Daniel Defoe (1660-1731), born Daniel Foe, was an English trader, writer, journalist, pamphleteer, and spy, now most famous for his novel Robinson Crusoe. Defoe is notable for being one of the earliest proponents of the novel, as he helped to popularise the form in Britain, and, along with others such as Samuel Richardson, is among the founders of the English novel. A prolific and versatile writer, he wrote more than 500 books, pamphlets and journals on various topics (including politics, crime, religion, marriage, psychology and the supernatural).