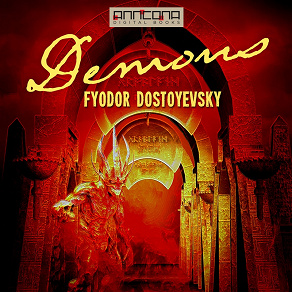 Demons is a novel by the Russian author Fyodor Dostoyevsky. It was first published in 1872. This English translation was published in 1916.

Although titled The Possessed in the initial English translation, Dostoyevsky scholars and later translations favour the titles The Devils or Demons.

An extremely political book, Demons is a testimonial of life in Imperial Russia in the late 19th century. As the revolutionary democrats begin to rise in Russia, different ideologies begin to collide. Dostoyevsky casts a critical eye on both the radical idealists, portraying their ideas and ideological foundation as demonic, and the conservative establishment's ineptitude in dealing with those ideas and their social consequences. This form of intellectual conservativism tied to the Slavophile movement of Dostoyevsky's day, called Pochvennichestvo, is seen to have continued on into its modern manifestation in individuals like Aleksandr Solzhenitsyn.

Dostoyevsky's novels focus on the idea that utopias and positivist ideas, in being utilitarian, were unrealistic and unobtainable. The book has five primary characters representing different ideologies. By exploring their differing philosophies, Dostoyevsky describes the political chaos seen in 19th century Russia.

Although he began writing in the mid-1840s, his most memorable works—including Crime and Punishment, The Idiot and The Brothers Karamazov—are from his later years. His output consists of eleven novels, three novellas, seventeen short novels and three essays. Many literary critics rate him as one of the greatest and most prominent psychologists in world literature.
Listen to sample
Log in to borrow